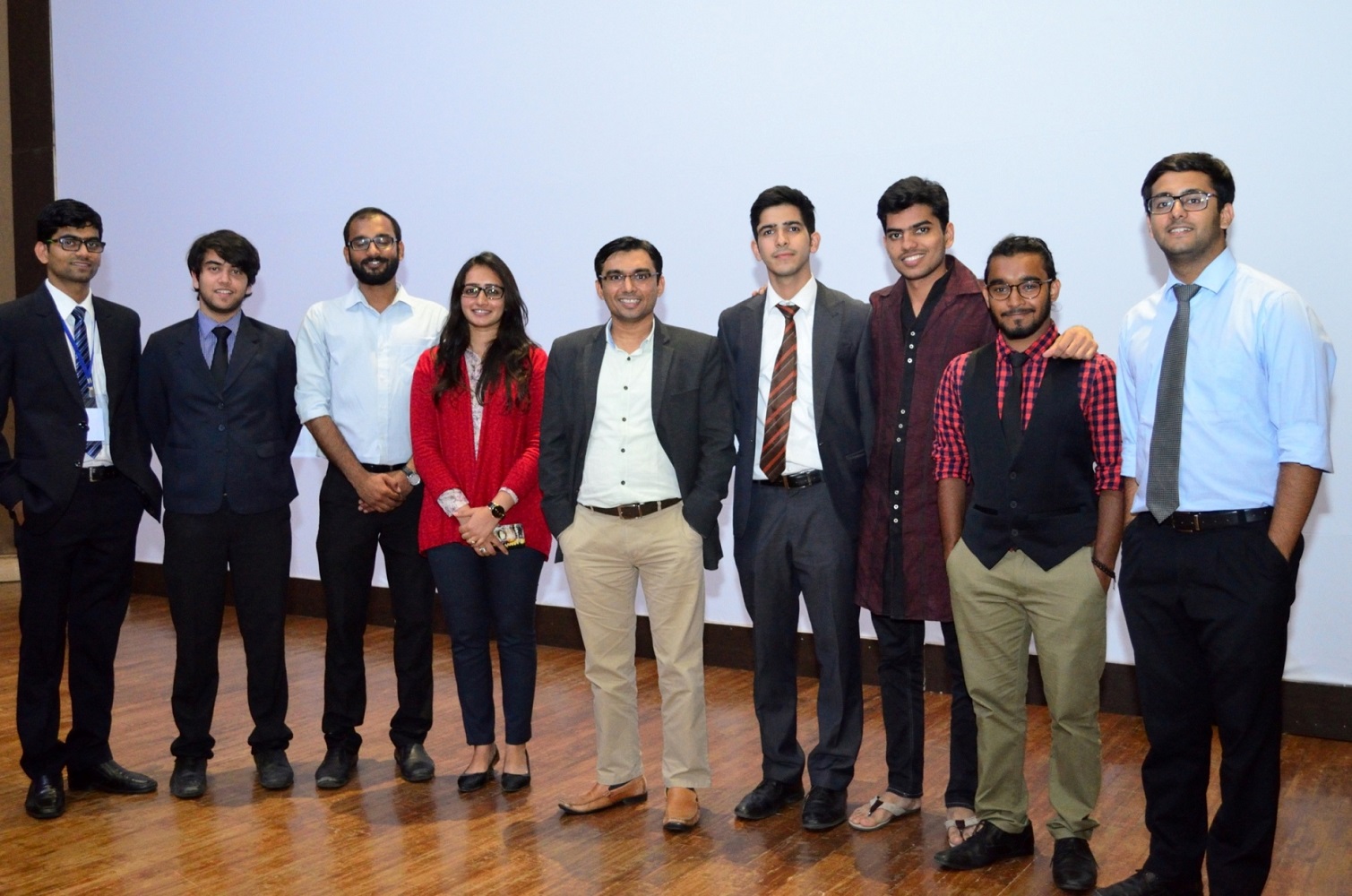 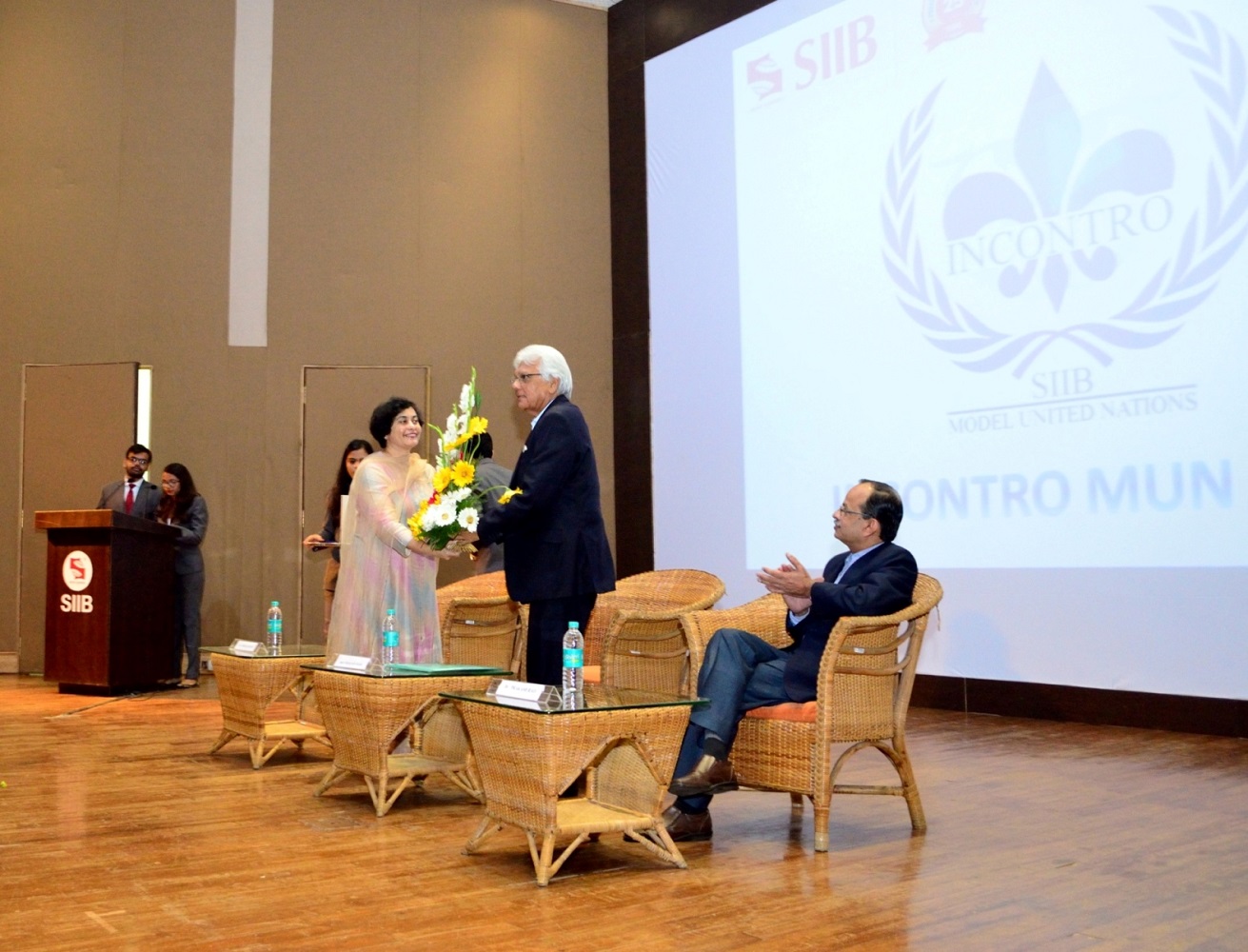 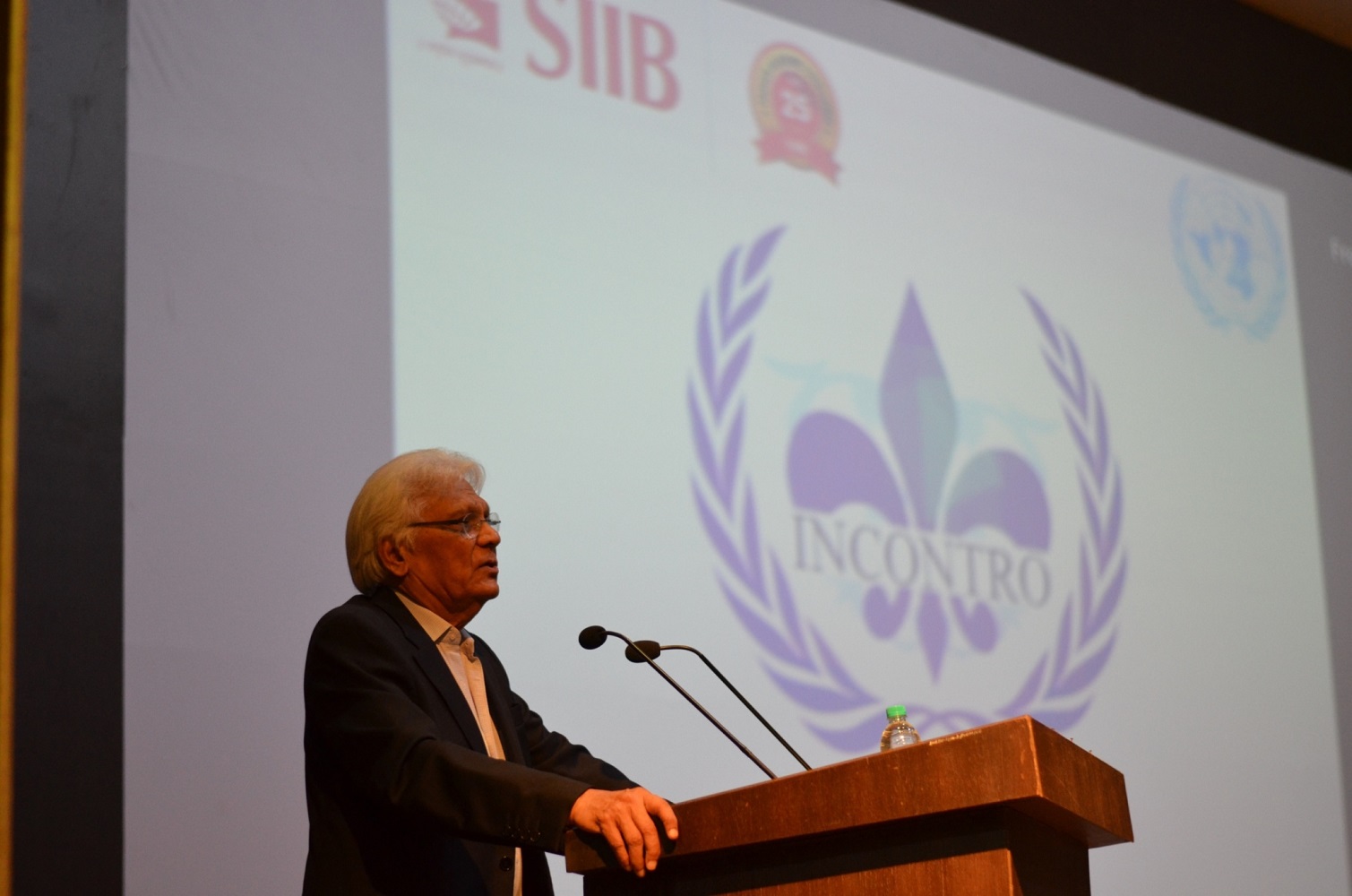 IncontroMUN 2017 was inaugurated on 20th September 2017 by Chief Guest Ambassador Prakash Shah and Director of SIIB Dr. Asmita Chitnis with the lighting of the traditional lamp.

Dr. Chitnis warmly welcomed the delegates coming from the various colleges. She encouraged the students to look at MUN as an opportunity to understand the geo-political aspects of business. This, according to her, facilitates dispute resolution and international trade cooperation through negotiation.

Mr. Anurag Dubey, Director General of IncontroMUN 2017, followed up her address with highlighting the importance of United Nations for protection of the interests of the future generations. He went on to introduce the committees at IncontroMUN 2017 and their respective agendas.

The Chief Guest for the day, Ambassador Prakash Shah, retired diplomat of high repute and with extensive experience, addressed the gathering. He opined that the world has reached a “pinnacle of globalization” as recent as two years ago. He seconded Dr. Chitnis’s opinion on relevance of studying UN, its activities, its discussions and its decisions with the statement, “…international relations will be an effective part of international business”. He remarked that a setting such as MUN serves as a platform for students to not only defend viewpoints they may not agree with of country/countries but also appreciate their stances, which he believes is an important aspect of successful negotiation. He went on to substantiate lucidly on the evolution, importance and relevance of UN over the decades. One significant aspect of the UN, he said, is that all countries, irrespective of their power and influence at a world level, get a voice and a vote in the General Assembly along with the global powers such as United States of America (USA) and China. In his question and answer session he responded to questions on issues including but not limited to climate change, the ongoing Rohingya crisis, the North Korean missile crisis and the impact of Donald Trump on USA, in specific and the world, in general.

The inauguration vent concluded with Vote of Thanks delivered by Ms. Priya Mathapathi, Deputy Secretary-General, IncontroMUN 2017.

The 2 day event saw a lot of participants from many colleges across all the councils- General Assembly, Security Council, Economic and Social Council and Human Rights Council. The agenda for General Assembly was “The Rising Walls of Free Trade”, the Security Council discussed “Soaring Tension in Korean Peninsula”, the Economic and Social Council deliberated on “Climate change and Sustainable Development” and the Human Rights Council involved itself on the issue of “Barring Refugee Entry- A nation's right or human rights violation”. It is worthwhile to note that all councils managed to reach a resolution on the agenda at hand. This is being shared with United Nations Information Centre for India and Bhutan for further deliberations.