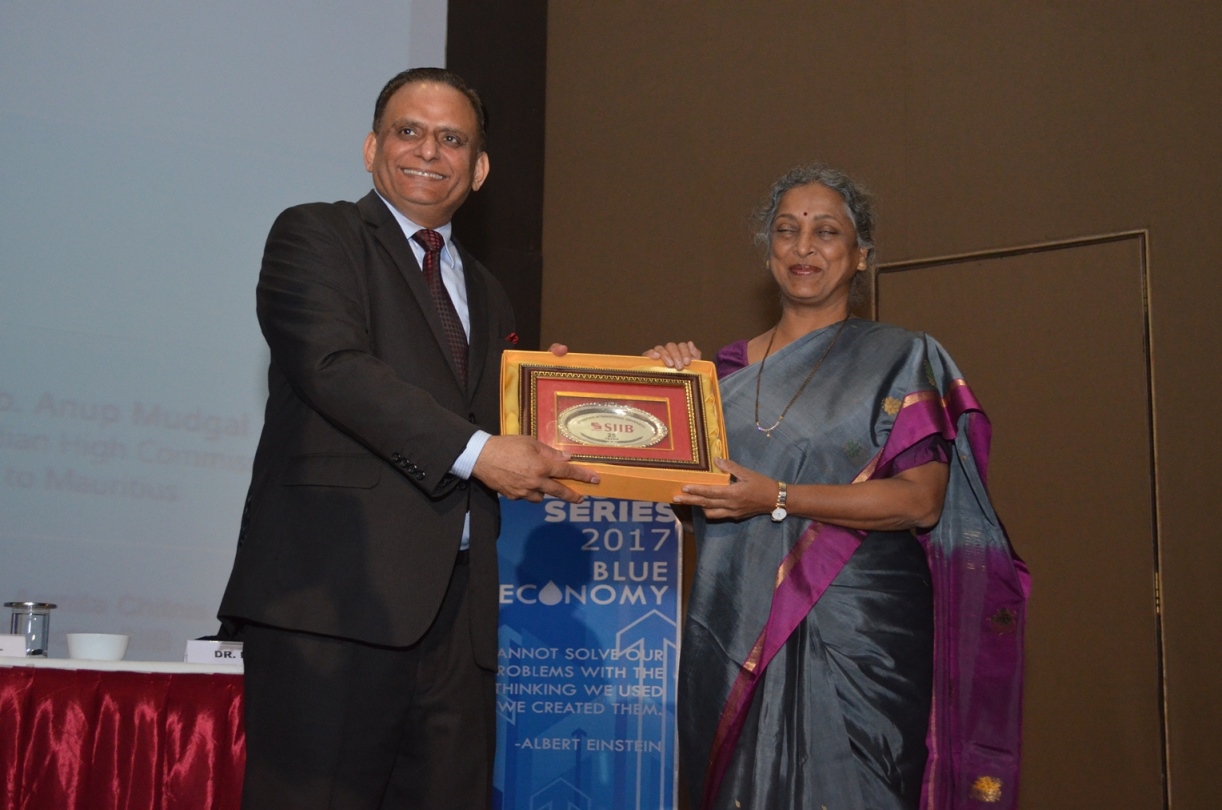 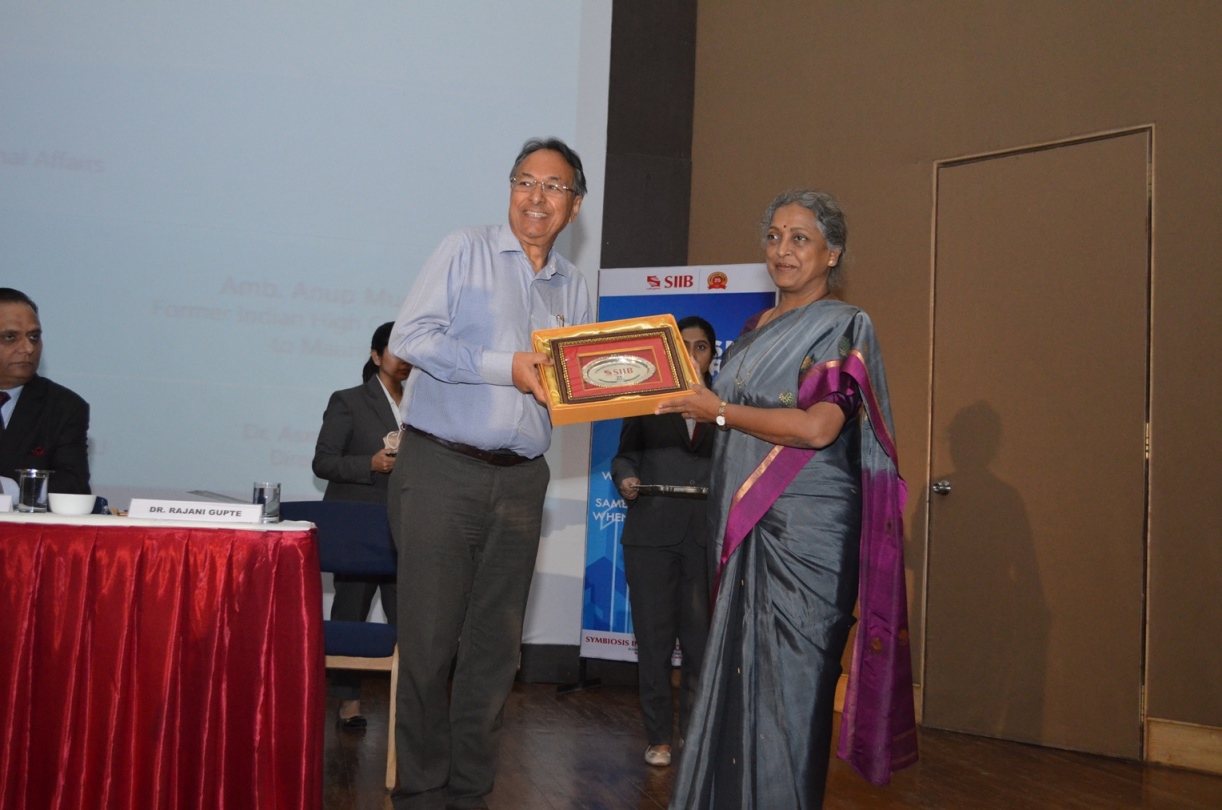 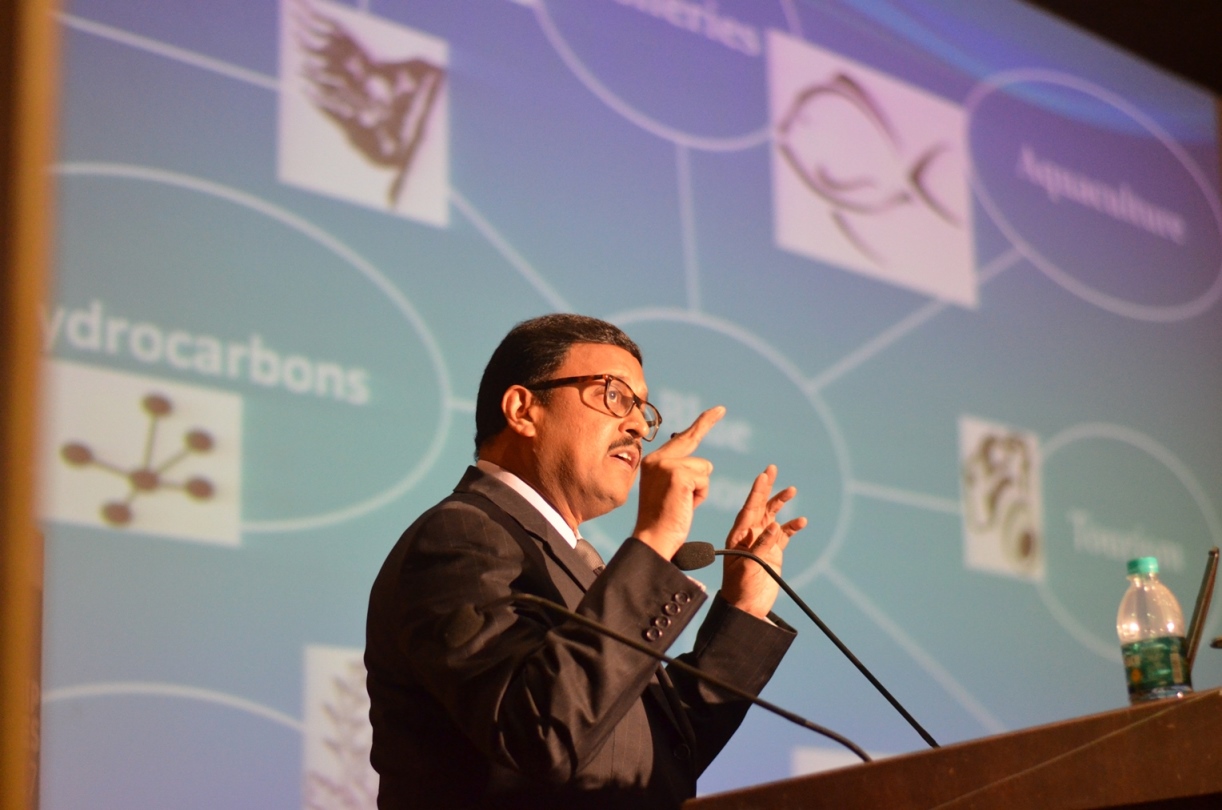 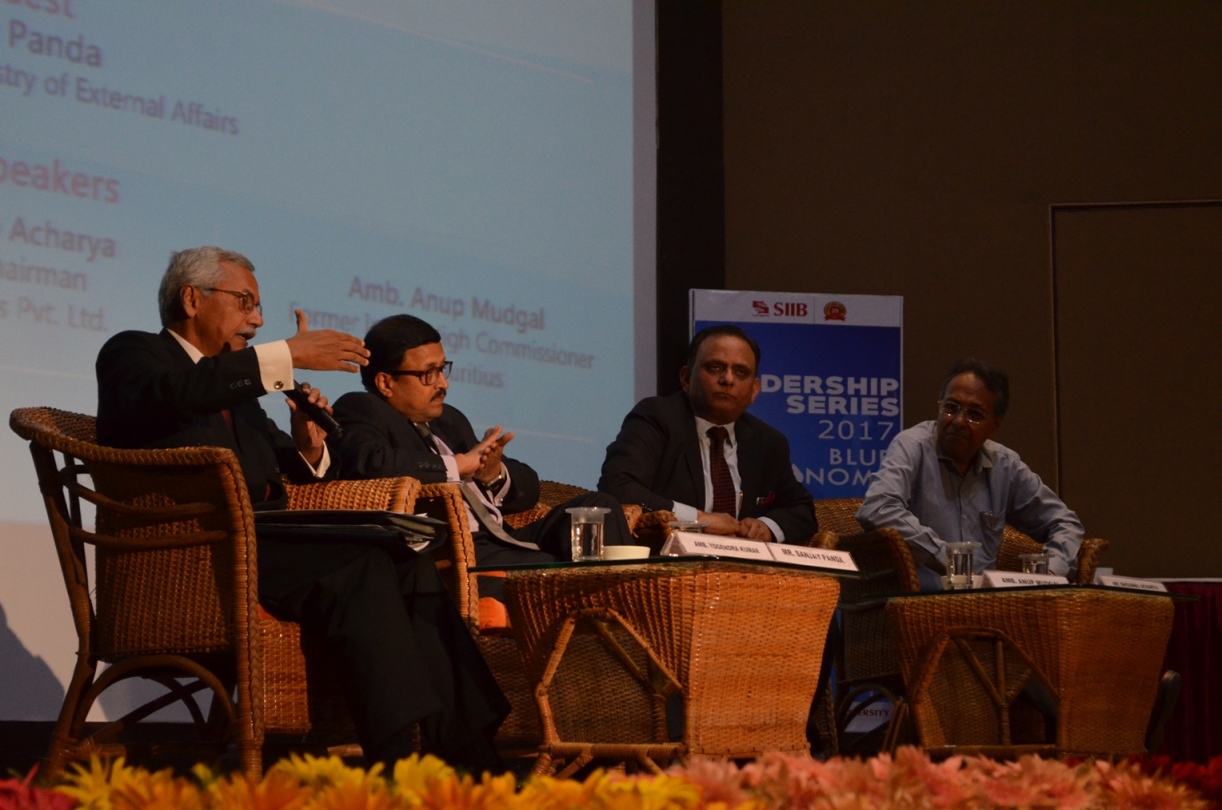 Leadership series – 2017 was held successfully on 23rd September, 2017 at the auditorium of Symbiosis Institute of International Business, Pune. The theme for this event was “Blue Economy”. This topic has gained traction over the years due to the increased understanding by governments and businesses that oceans too are sustainable sources of development. The event was commemorated by lighting the lamp by Dr. Asmita Chitnis along with the esteemed guests. Dr. Vidya Yeravdekar, Pro Chancellor, SIU addressed the gathering and welcomed the guests. She was then followed by Dr. Rajani Gupte, Vice Chancellor, SIU, who gave an introduction for this year’s topic: “Blue Economy” and described ocean as resource of wealth and a conduit to connect people.

Chief Guest for the event, Mr. Sanjay Panda, Joint Secretory, IOR addressed the gathering about the challenges that oceans face such as over fishing, oil spills, climate change etc. He pointedly said that India’s economic development is linked with development of Indian Ocean and a public-private business model will be a major factor in determining the success of Blue Economy.

Shoummo Acharya, Founder and Chairman, eTrans Solutions Private Limited, talked about the economic opportunities of Blue Economy. He emphasised that while the resources have been exploited, it is necessary to ensure that sustainable development of oceanic resources is necessary. He also insisted upon creating a dedicated, online business portal which will cater to the needs of Blue Economy.

Ambassador Yogendra Kumar, Former Indian Ambassador to Philippines, talked about the security challenges in the Indian Ocean. He also spoke about the Indian Ocean Naval Symposium and other maritime activities. In addition, he mentioned how climate change is not been fully understood as a security challenge and listed out major causes of climate change risks. Ambassador Anup Mudgal, Former Indian High Commissioner to Mauritius, explained the drivers that bring Blue Economy to the mainstream. He covered the consequences of a minor increase in global temperature. Additionally, he talked about the opportunities for coastal economies and consequences of danger in ocean economies. In addition, he laid stress on the need for collaborating with the navies for disaster mitigation.

Post discussion by the panellists, a Q and A session was arranged wherein inquisitive students asked queries regarding the subject matter of discussion. The event ended with a vote of thanks by Dy. Director of SIIB, Dr. Prakash Rao, who acknowledged the guests, Director- Asmita Chitnis, faculty and the students for gracing the occasion with their presence. Lastly, he congratulated Leadership Series organising committee for making this event a grand success.