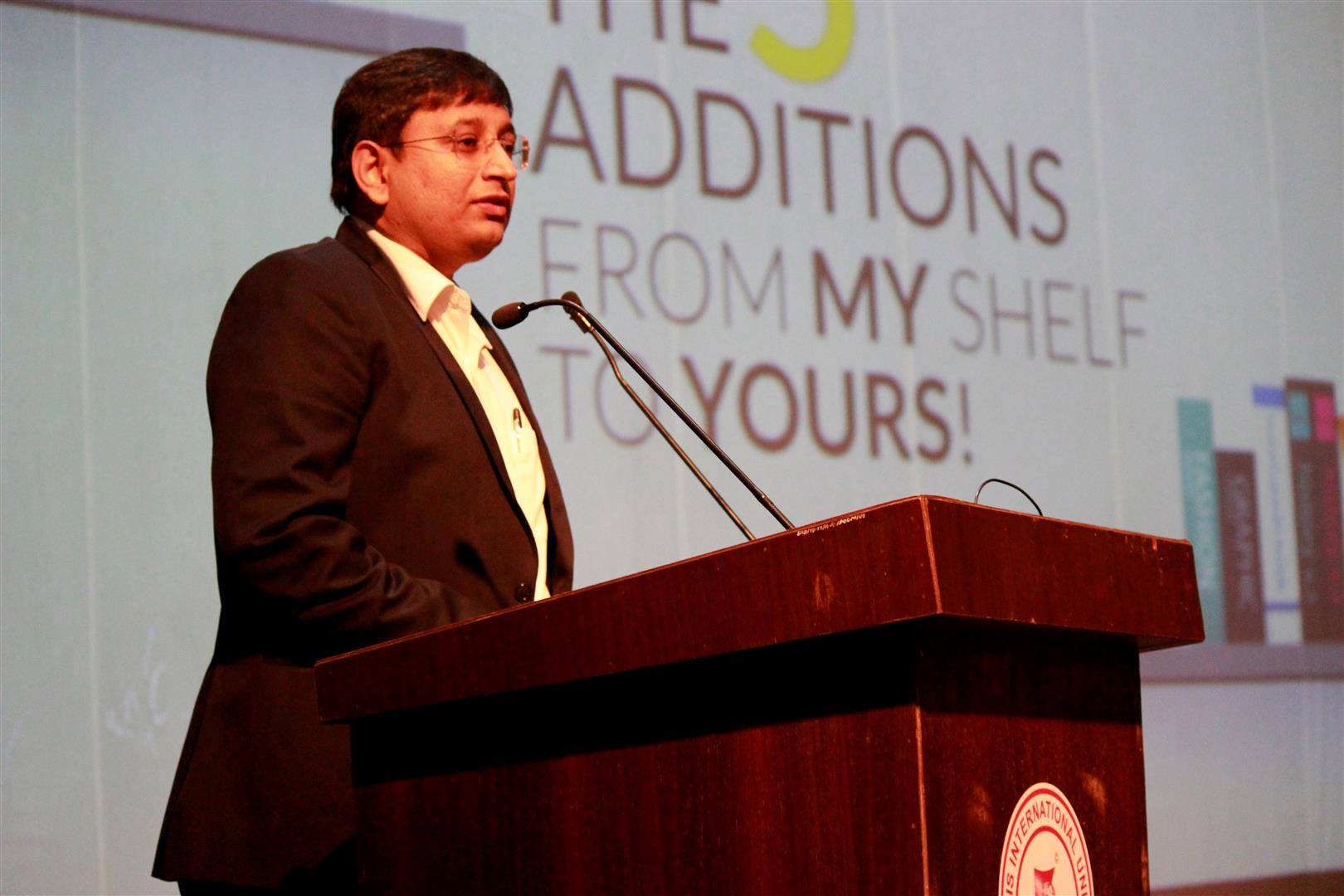 The changing face of retail from traditional unorganized formats to organized brick and mortar stores to e-commerce platforms is one that has left the business world intrigued and surprised. With every change, marketers encounter new obstacles in the age old challenge of acquiring, engaging and retaining customers. With a view to understand the intricacies of catering to the needs of the new age connected retail consumer, Markadiction – the marketing club of SIIB, organized its first ever Marketing Conclave on 22nd August, with the theme 'Retailing, e-Tailing and Beyond'.

The keynote session began with a video introducing the theme of the conclave, and a brief note by Mr. Sushil Chaurasia, HOD Marketing Dept., SIIB, which effectively set the mood for the day’s proceedings, following which Mr. Mall addressed the gathering, sharing deep insights about the culture of “Self – Service” retail which has emerged in recent times, driven largely by women consumers all over the world. Mr. Mall pointed out that while most grocery shoppers are women, traditionally, all shopkeepers are men in almost all categories; and when women’s education and incomes started increasing, they started minding the “man in the middle” of them and their shopping. “Self-Service” retail formats then found favour with women consumers. Technology provides opportunities for an even more personalized shopping experience. While “Self-Service” removed the shopkeeper, digitalization removed the shop itself! Digitalization thus empowered the consumer, giving her reasons to expect more products and better service from retailers.

The next speaker for the day, Mr. Kinjal Shah, articulately gave the attendees a glimpse of the book retailer’s world. The highlights of his presentation were the numerous creative efforts that Crossword is endeavouring in, in getting Indian people out of their homes and into Crossword bookstores, bookstores which have turned the page on traditional book retail formats, and created magical “experience” stores where people of all ages can spend hours in the company of books; reading, browsing, exploring or even playing games or clicking selfies! Mr. Shah’s discourse showcased customer engagement at its best. Perhaps it is no wonder that Crossword can comfortably claim to have no major competitors.

Our third speaker for the day Mr. Kunal Mehta provided valuable inputs about the manner in which Nestle leverages both retail and e-tail platforms as additional touch points to reach out to consumers, for creating a differentiating brand experience that will break through the clutter and enable consumer recall. Capturing the imagination of a consumer whose attention span has decreased from 12 seconds to 8 can be both challenging and exciting. Continuous innovation is the key to staying ahead of competitor brands; such as the innovative round shelf racks that Nestle introduced in retail stores to match the positioning of its new product, the smooth slow churned premium chocolate: KitKat senses, or the novel sampling strategy they implemented for Nestea by associating with BigBasket.com. The session came to an end after an interesting half-hour of Q&A.

The second half of the conclave was just as informative and engaging as the first. The theme for the panel discussion was, Converting challenges to Opportunities through innovation in “Retailing Landscape”. Mr. Pillai invited each speaker to briefly share his or her views about the theme before steering the discussion towards the value proposition that each of the retail or e-tail business had to offer. Ms. Lalita Aggarwal emphasized on the need to enable customer stickiness. Mr. Ashutosh Joshi provided some inputs about the huge potential that India has in the gems and jewellery sector, which is slowly adapting itself to the changing retail environment. Mr. Wicrant Gambhir and Mr. Anup Jerajani were both of the opinion that digital stores were not likely to pull away consumers from physical stores; as the one offers convenience whereas the other experience. The discussion then proceeded towards value propositions of the different formats wherein Ms. Aggarwal emphasized that an e-tail grocery like BigBasket not only provides all the value offerings that a retail store gives, but additionally provides a wider range, convenience and varied payment methods. Further the major challenges faced by each business were discussed, wherein lack of trained personnel and attrition were identified as some of the common challenges faced in the growth of emerging retail and e-tail ventures. The discussion then moved to some of the possible opportunities and threats that could be faced by the retail sector.

After the discussion there was another captivating round of Q&A with the audience. A key point that came up from the students’ side was the question of whether an app-only model, as adopted recently by online fashion retailer Myntra or cab service provide Ola, could be an effective standalone format. The level of engagement that an apps presence on a user’s smartphone could lead to was explored. During the session, Mr. Pillai also urged the future managers to give due importance to data analytics, and expressed the apprehension that several industry specialists share, that although there is a large amount of data available that one can gather from websites and apps, there are not enough industry professionals who have the right skillset to effectively comprehend quantitative data in order to glean useful insights from the same.

At the end of the session, Mr. Kunal Mehta treated the audience to an exclusive preview of the latest KITKAT commercial advertisement which would be going on air on the day of the conclave itself. He also gave the students an opportunity to appreciate and enjoy a few more immensely creative Nestle advertisements.

The session was wrapped up with a vote of thanks delivered by Ms. Tapti Sarmah, the convenor of Marketing Conclave 2015. The conclave was declared a huge success by students and faculty alike, and all the efforts of the entire Marketing Conclave team including the faculty coordinators, marketing batch students and IB junior team paid off. 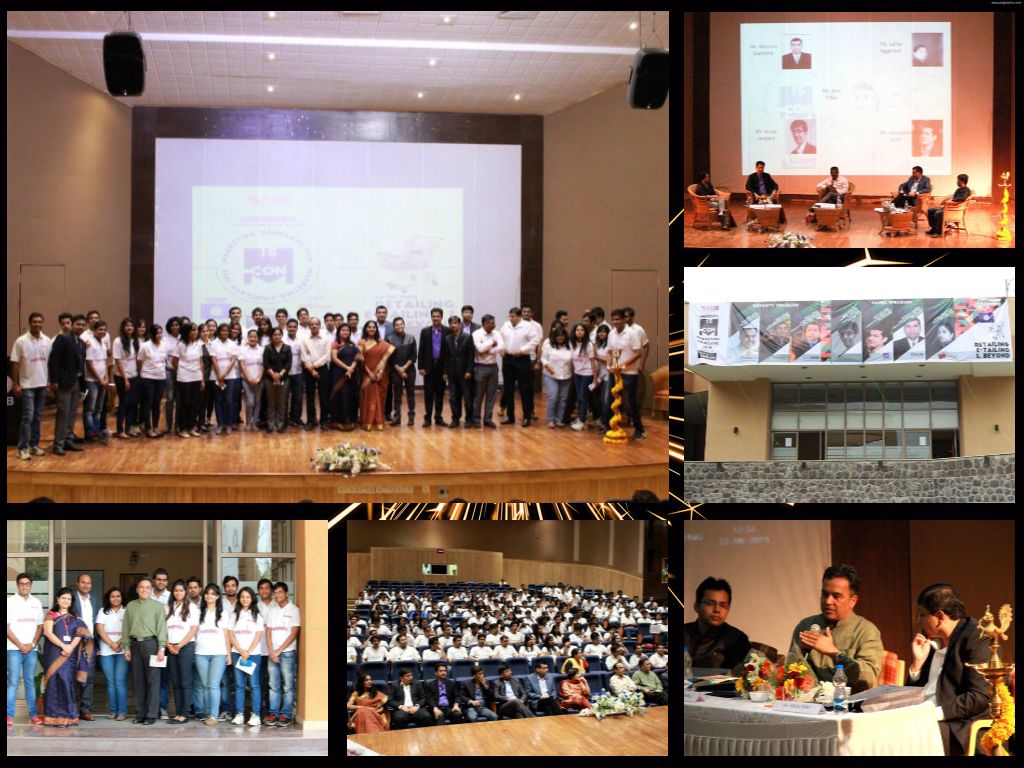 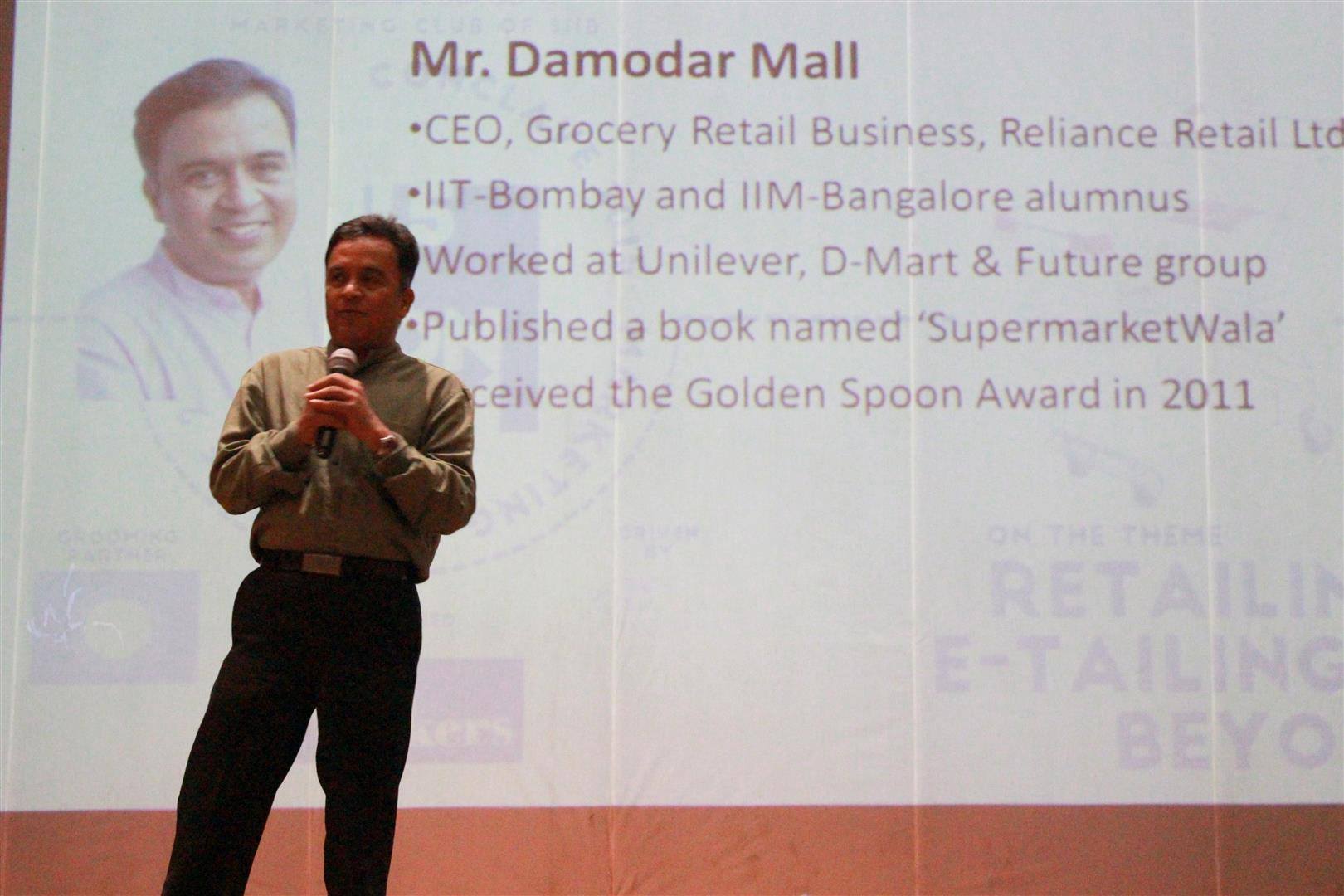