A guest lecture was held in Symbiosis Institute of International Business (SIIB), Pune on the 19th of January, 2016 on the topic ‘Prosperity & Poverty: The Future of Social Protection.’ Dr. David Piachaud, Professor of Social Policy, London School of Economics was speaker for the event.

Dr. Piachaud touched upon a large number of topics in his discourse. He began by comparing the status of prosperity & poverty in India and China in terms of increase in GDP and decrease in poverty levels over a period of time. He also talked about the increase in GDP of India, China & the UK from the year 1000 & demonstrated how different world events had impacted this statistic.

The lecture then went on to the topic of poverty, where Dr. Piachaud pointed out that poverty should not just be thought of in terms of survival but also in terms of participation in economic life. He also said that changing standards in society should be reflected in poverty levels.

He then talked about healthcare expenditure as percentage of GDP that was being spent in the three countries mentioned and why the UK had evolved to spend approximately 26% of GDP on social protection. The definition and forms of Social Protection were then discussed. This brought out the risks that people needed to be protected against through State intervention.

After this, Dr. Piachaud went on to talk about issues for the future. He went on pointing out the fallaciousness of this principle. The second point with regard to this discussion was the concept of ‘Conditionality,’ which basically refers to linking benefit entitlement to productive behaviour. The third part of this discourse was the ‘Right to Survive’ and that real rights should include opportunities for all who can produce while also providing social security. The final portion of this topic was about ‘Complementarity & Interconnectedness of Needs.’

The professor, then gave his opinions about Social Security required in different stages of life and what the role of the state should be in each stage.

Social protection with respect to inequality and globalization was discussed next. At the end of this, Dr. Piachaud gave his conclusion that social protection should be about individual welfare while social justice should be present for social advancement.

After this, the floor was opened to the audience for questions. The students participated enthusiastically, asking pertinent questions relating to diverse topics. These included bridging rural-urban inequality, Obamacare, immigration in Europe & its effects, ISIS & its effectiveness in radicalizing youth all over the world, the Scottish Referendum and its implications for both Britain and Scotland, amongst others.

The lecture brought out salient points in the debate about prosperity and poverty and the students greatly benefitted from having a scholar like Dr. Piachaud give his thoughts about the same. 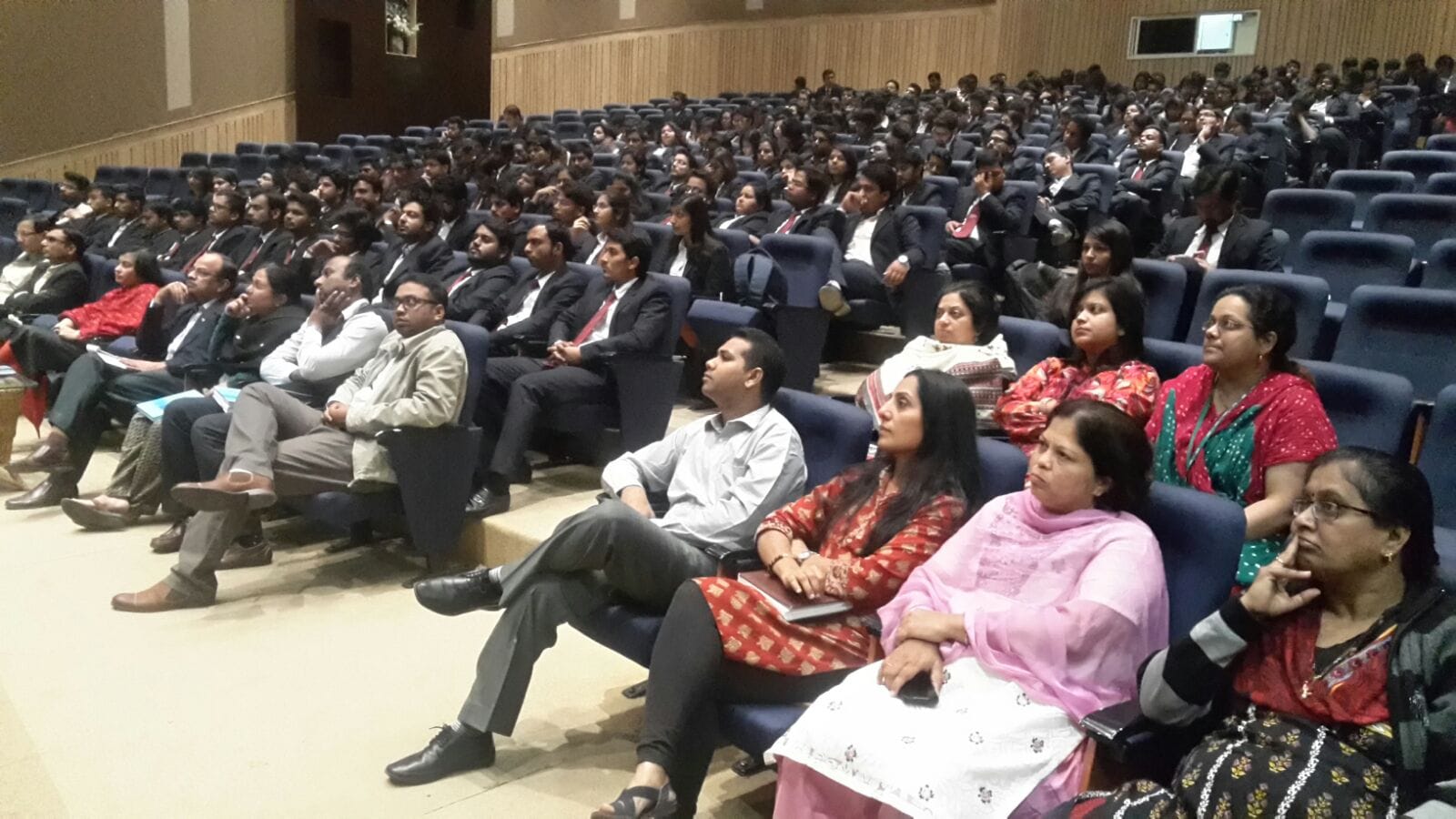 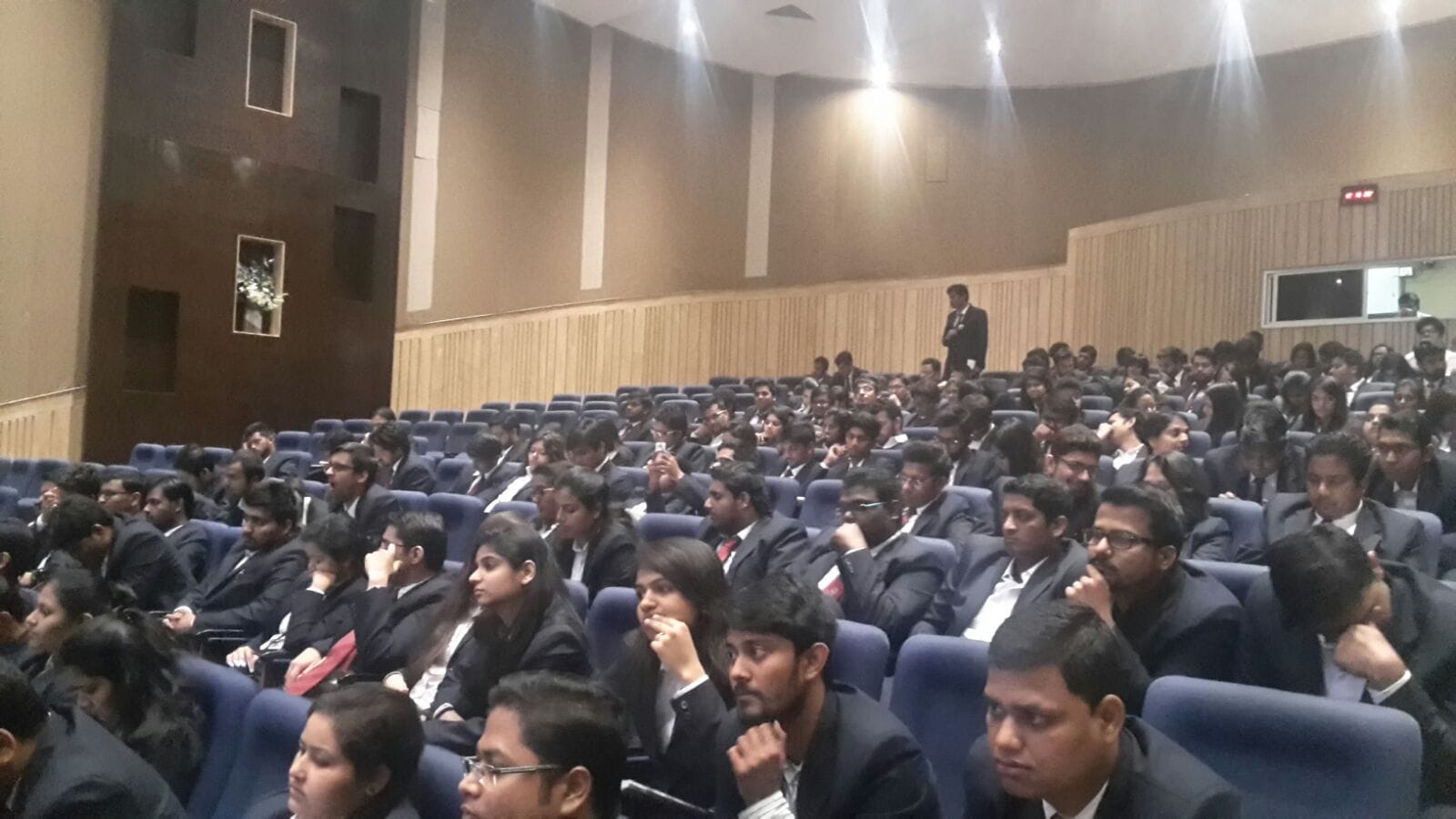 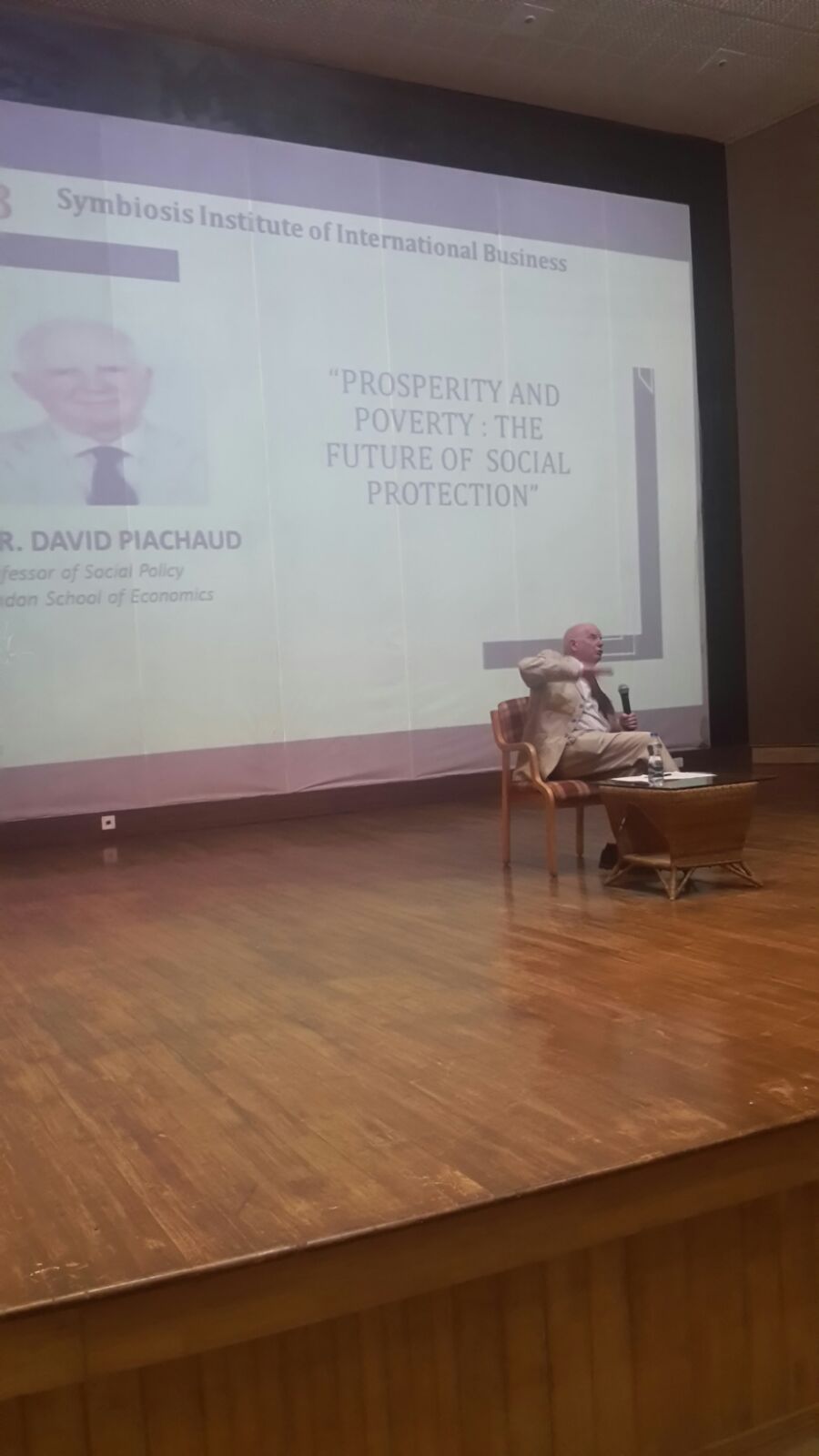 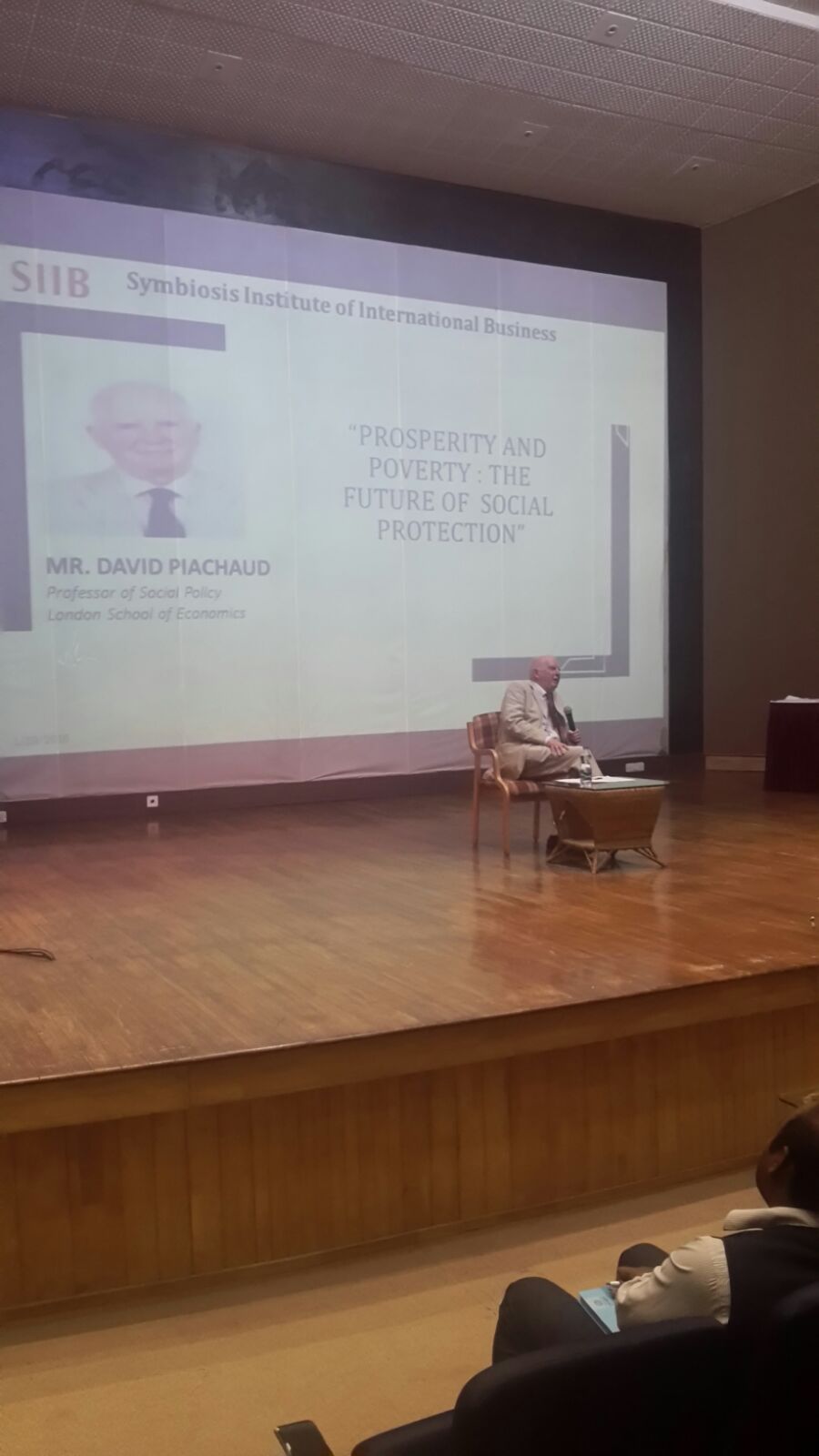 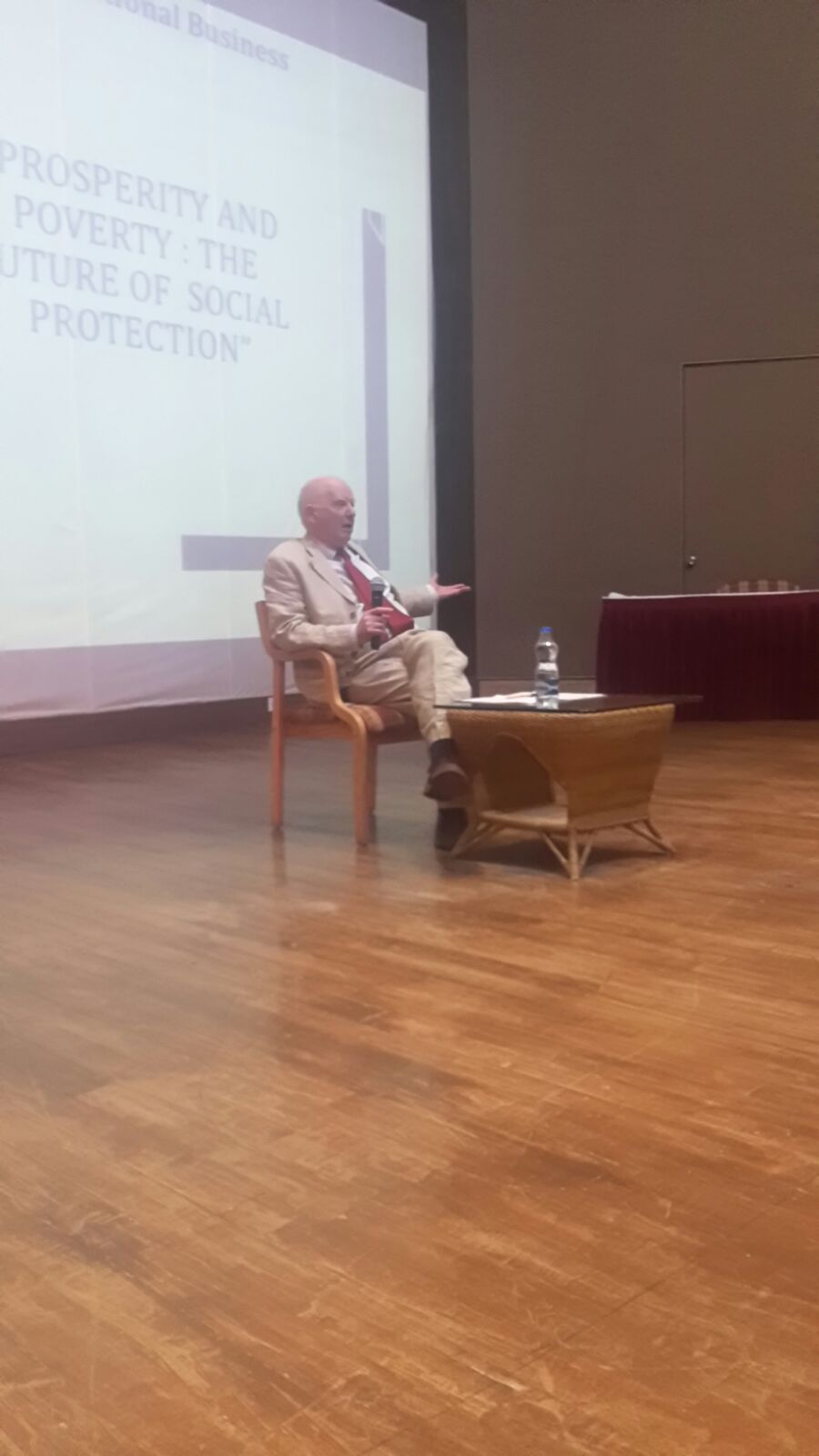