Dr. S. B Mujumdar felicitated the guest of honour and in his opening remarks he emphasised on the importance of education in driving new India. He gave his own equation for success, ‘education = future’ and reiterated the need for imparting skills in young India.

Mr. Gandhi initiated his address by talking about leadership & the requirement for all to learn, unlearn & relearn continuously. He then highlighted the status of affairs in terms of the employment scenario as well as in the healthcare sector in the country. He spoke about radical changes being the need of the hour, especially in the sectors stated above.

He applauded SIIB for having started two innovative management programs in the fields of Agri-Business & Energy & Environment, impressing upon the audience the relevance of such pertinent subjects in recent times apart from the flagship program i.e MBA in International Business.

He then moved on to a discussion about inequality, pointing out the irony that the largest number of farmer suicides and most number of billionaires came from the state of Maharashtra. He elucidated on the requirement of the economics of the world to be turned upside down.

At the close of his speech, Mr. Gandhi discussed different ideas for the problems faced by India such as strengthening Panchayati Raj in India, empowering villages & creating means for revenue generation.

In terms of healthcare and the crippling shortage of medical professionals in the country, he suggested having mass scale paramedic training across the country & having relevant specialists visit required clusters of areas as per data analysed. This would solve a multitude of problems relating to the healthcare system of the country.

In line to the education sector, he spoke about linking performance of Government schools to funding provided by the State and foster a spirit of competition among them so as to encourage each individual school to perform better.

After this, the session was opened for interaction with the students. They participated enthusiastically, questioning him on various subjects. This included the percentage of healthcare funding from GDP, brain drain, reforms in the education sector, schemes for farmers, secularism in India, role of the media and a whole host of pertinent topics.

The interactive session ended with Mr. Gandhi reciting a poem at the request of a student, which was enjoyed by all.

The event closed with a vote of thanks by Dr. Asmita Chitnis, Director, SIIB. 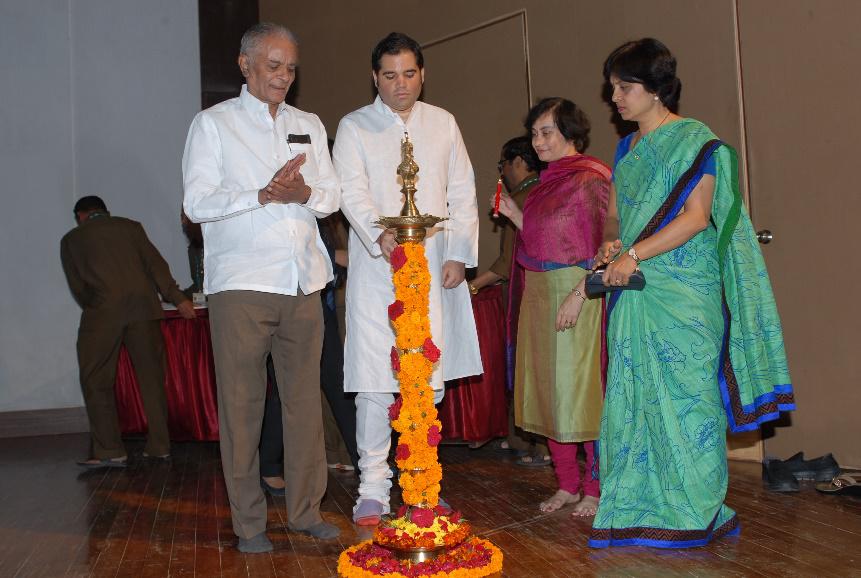