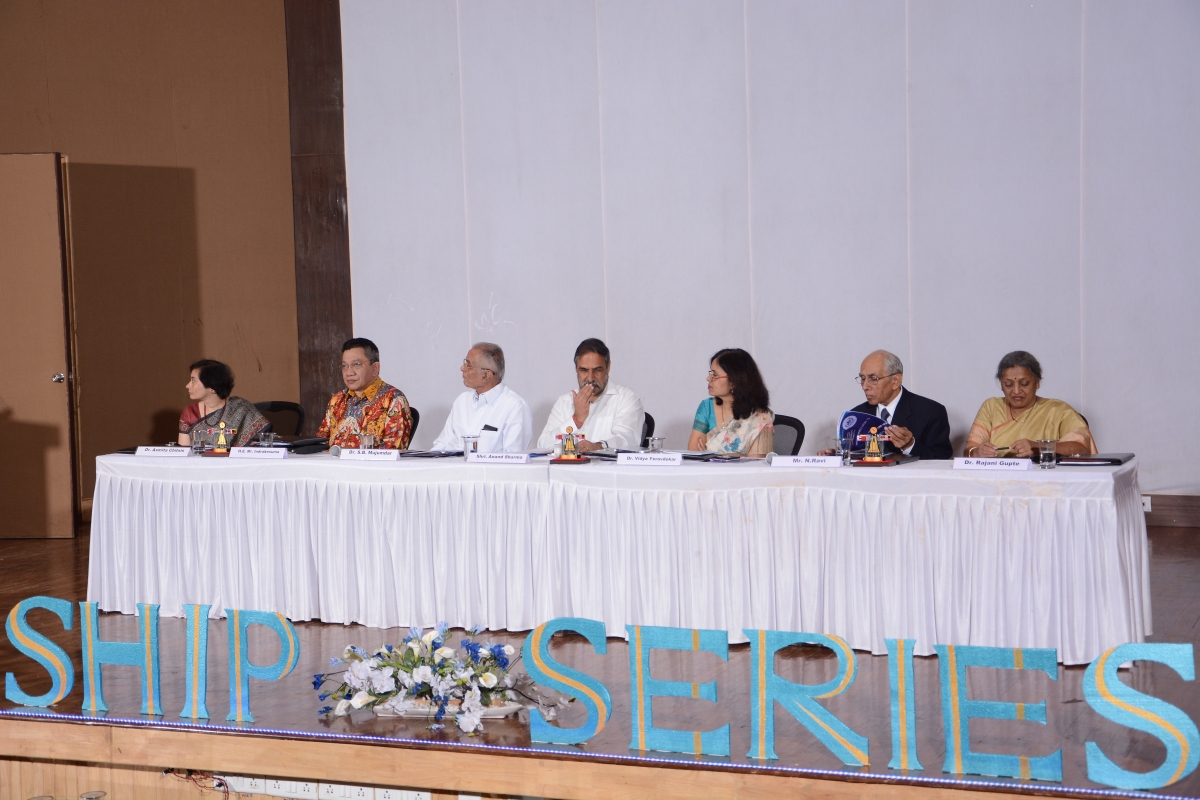 At Symbiosis Institute of International Business, one of our greatest strength lies is our ability to give the students an opportunity to learn from world-class leaders from all walks of life. Fuelled with this spirit, SIIB held its flagship event, Leadership Series’15 on the 26th of September.

The SIIB Leadership Series every year focuses on the most pressing world issues of the time. In the past, Leadership Series had focused on the Arab Springs, Possibilities in Africa, Building partnerships with Europe & finally the theme for this year "ASEAN: Beyond Looking East."

The session began with a welcome address given by Dr. Vidya Yeravdekar (Principal Director, Symbiosis Society). She spoke at length about the Leadership Event and its enormous benefits. She was followed by Dr. Rajani Gupte (Vice Chancellor, Symbiosis International (Deemed University)), who talked about the history of the Leadership Series that was introduced in 1998 and SIIB’s role in the same.
After this, Dr. SB Mazumdar addressed the gathering. He talked about the need for creating an understanding between Indian and foreign students and emphasized on how "national interest is the touchstone of foreign policy."

The session then began with an address by the Key Note Speaker, Mr. N Ravi. He started by giving a history of trade between India and Eastern Nations. He also spoke about the increasing need for surface connectivity across nations and the various projects that have been undertaken for the same. He stressed upon the need for the youth to dream of new ideas and drive their countries forward. He ended by saying that "great ideas can emerge where there is enterprise, effort and a dash of good fortune."

H.E. Mr. Rizali Wilmar Indrakesuma then spoke on the topic of discussion. He talked about the relations between India and Indonesia in terms of politico-military, economic and socio-cultural dimensions. He deliberated on the need for strengthening commitments between the countries.

Finally, Shri Anand Sharma addressed the audience. He spoke about the connections across ASEAN and how it was imperative to make sure that opportunities are grasped for ensuring prosperity. He laid emphasis on how ASEAN would become a powerful trading bloc, controlling 35% of global trade by 2020.

The post lunch session of the leadership series 2015 began with a panel of experts speaking about the importance of international trade and entrepreneurship. The first speaker was Mr. Anand Mohagaonkar (GM - Trade compliance, Cummins India). He shed light on the opportunity the ASEAN nations offer and how this can be used as a platform by entrepreneurs. And how the next generation needs to make sure that the government offers policies to the benefit of business The next speaker was Mr Krishna Barad (Manager – customs, GE India). He enlightened the gathering about the challenges faced by India and how efforts are required to increase the ease of doing business in India. The session was very interactive.

This was followed by prize distribution for Arthshastra and Axis tilt, the pre events of the leadership series. Mr. Jeevan Nagarkar, Faculty In-charge, Leadership Series then gave the vote of thanks amid great enthusiasm and cheers of the crowd.

The evening concluded at a high note with the performance of Taal Inc's display of drums and percussion skills featuring West African folk music.

The event was an informative and interactive one that was thoroughly enjoyed by all present. 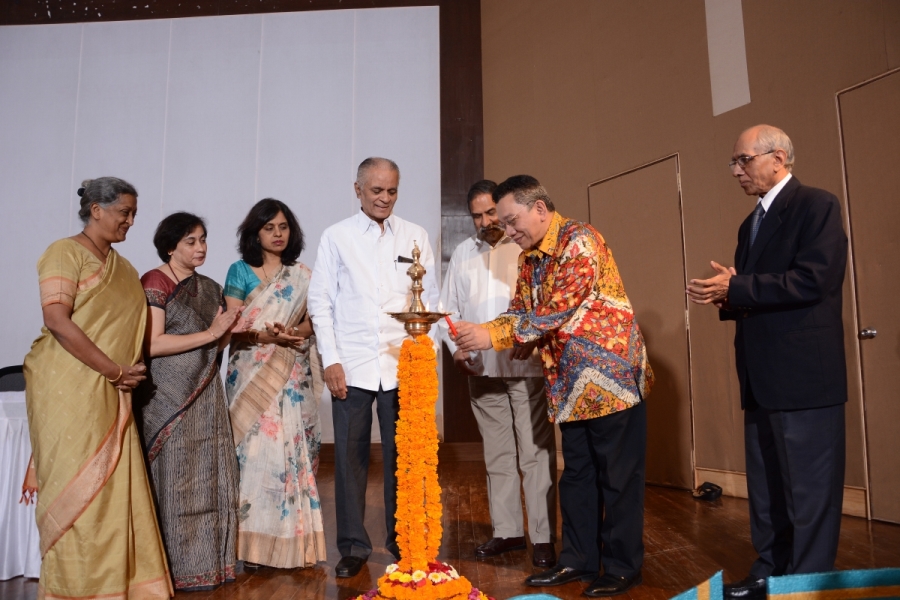