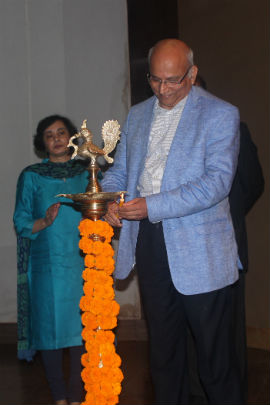 ENECON, the flagship event of MBA Energy and Environment, started in the year 2015 marked the inception of a conclave which was an amalgam of industry and academia. This conclave has evolved by a year now from the idea of “pioneering the green shift” to the next level of “green In charge of change”. On August 28, 2016 consistent with this year’s theme, sessions on RE-ENERGISING INDIA and HOW CLIMATE CHANGES YOUR BUSINESS saw a huge participation from industry experts as well as students and faculty across various colleges in Pune.

Dr. R.R. Sonde shared his views on “Will fossil fuels based energy systems fade away even before we exhaust them?” Dr. Sonde discussed about the inevitability of climate change and its impact on us. He being an expert of various technologies such as Nuclear, Hydro, thermal and even hydrogen economy gave the audience a wide perspective of the challenges and opportunities that India has lined up for it. According to him being optimistic and focusing on new and disruptive technologies as key to face this challenge. He explained how the process of solving these problems creates business for the country.

Mr. Baljit Singh focused on the challenges and opportunities in the Exploration and Procurement (E&P) of Oil and Gas in India. The fluctuating prices of oil and gas and the current capacity India has to explore and procure being the main challenges. He also emphasized on Energy security, Energy equity and at the same time how to achieve environmental sustainability.

Mr. Ulhas Parlikar shared his views on co-processing and how could a zero-waste future be attained. He informed the students about the co-processing techniques used since the past 10 years as a sustainable practice by ACC. He also discussed how Industrial Ecology could be implemented using Circular Economy and touched upon what to recycle and how to co-process in a cement industry using Alternative Fuel and Raw materials (AFR).

Mr. Vivek Adhia presented his views on how effect of Climate Change can be measured in business and the measures a business can take to develop resilience to climate change. He stressed on the importance of building carbon sinks, commitment towards setting up clean projects using renewable sources. He also touched upon India’s INDC goal and the role of business in low carbon growth.

The participants had a really positive response towards the conclave as was evident from the engaging Q&A session with the industry stalwarts. Summing it all up in his vote of thanks Dr. Ravi Sharma, the convener of ENECON 2016 explained how the audience was inspired to think optimistically towards the issue of climate change and were reminded of the onus that the present generation has towards mitigation of this change and promised to come again next year with a new thought provoking issue. 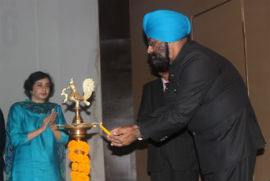 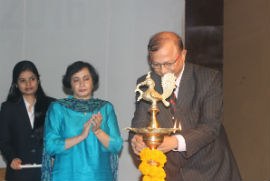 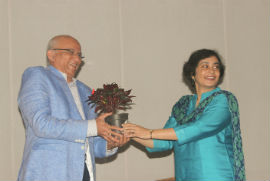 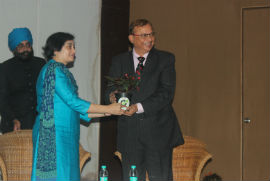 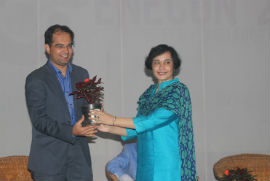 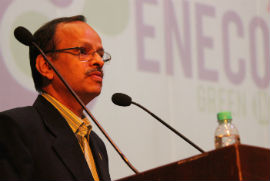 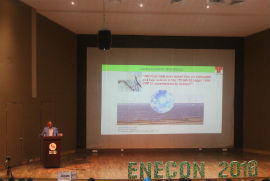 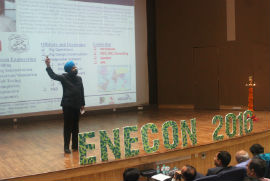 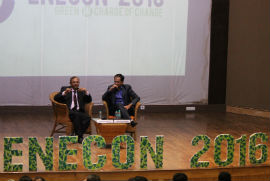 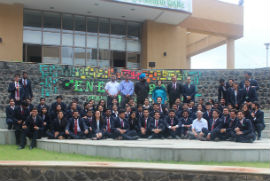