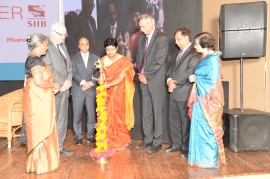 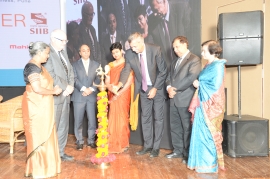 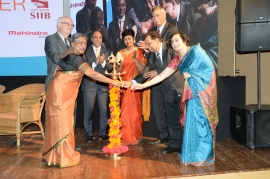 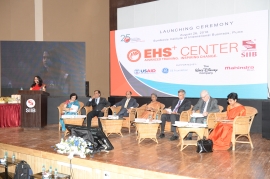 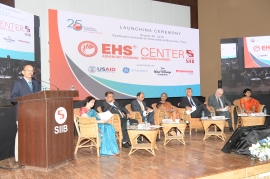 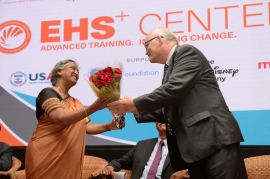 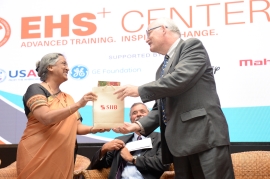 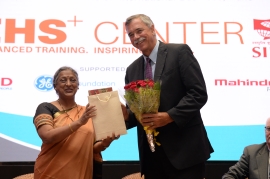 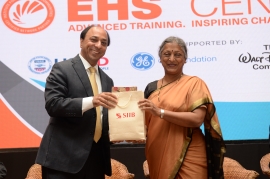 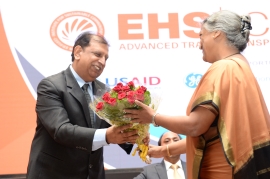 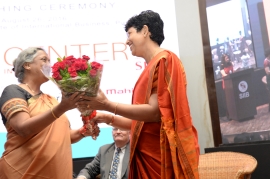 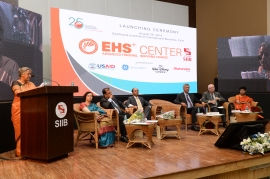 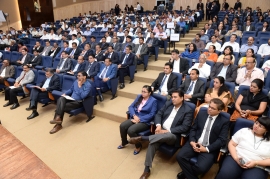 “Rise is not just how big we become, it’s about how we became big” -Mahindra Rise

The day 26th August 2016 would be recorded in the history of SIIB as it was on this day ISC’s centre has been inaugurated at SIIB. Mahindra and Mahindra, Walt Disney, GE, MacArthur Foundation are the event donors without whom this event would not take place. The event was attended by a large set of industry delegates who are in prominent roles in the manufacturing sector. The event was opened by Dr. Prakash Rao, who in his words gave a brief note on the journey of SIIB with ISC since 2014.

During the function, Dr. Rajni Gupte threw light on how the Symbiosis had envisioned way back in 2009, that Sustainability would soon play a vital role in the industry. This also led to the formation of an MBA program ENERGY & ENVIRONMENT at SIIB. As the part of the institute SIIB then imbibed the concepts of Sustainability, Capacity building and value chain, the key elements for future manufacturing sector which need collaborative efforts of industry and academia.

Giving the example of a tragedy that took place in Dhaka, Bangladesh that took lives of worker community in a factory, Mr. Addleton talked about the need of safety precautions, working environment in the industry. He also emphasized the importance of EHS Managers in the coming decade. Talking about the GHG emissions in the manufacturing process, how India is taking into account the clean energy programmes and its requirements. He also expressed his concerns in these domains and how USAID is supporting Asian Countries in imparting training to upgrade the skills for a better production environment.

Going with the current Government’s initiative of Skill India, Hemant Sikka spoke about the requirement of skilled youth who would be trained in Industrial Safety and will play a bigger part for achieving a target of GDP of 25% in the manufacturing sector by 2022. He explained the 17-point agenda with M&M follows for addressing sustainability needs and to reach EP100 standard which they signed off. He announced the M&M’s continuous association with the newly launched EHS+ centre for the productive growth of the industry and its funding for the next four years for the projects that the centre will take up. Moutushi Sengupta stressed upon commitments India made at the Paris Summit and the role of the private sector as a key driver to address the environmental concerns in the manufacturing sector and talked about how MacArthur Foundation is taking initiatives to address global environmental needs.

Expressing his joy in inaugurating the EHS centre Mr. Hamilton focussed upon the requirement of adopting EHS policies in factories, taking the example of productivity increase in Chinese companies and number of fatalities in the factories also reduced when the EHS practices were implemented in these manufacturing facilities.

Mr. Vijay Kalra, CMO, M&M mentioned that Health and Safety were already the practice followed in the industry since the past two decades but the concept of Environment is the new dimension which the industry has to focus from now on. He also said that a stable environment in factory is required which is going to be a key for survival of the companies in the future.

After sharing their views and insights about EHS and its importance in the manufacturing sector, the dignitaries inaugurated the curriculum structure of the EHS training centre. Following the successful launch, Dr. Asmita Chitnis-Director, SIIB expressed her pleasure and joy to associate with the ISC.

Session Two started with the first panel discussion on ‘Integrating Sustainability in the Supply Chain Globally’, the members of the panel were Mr. Prashant Kumar, Dr. Yogesh Patil, Dr. Ram Babu, Mr. Piyush Munot, Mr. Prakash Tikare, Mr. Shridhar moderated by Mr. Anirban Ghosh. The panel emphasised on EHS as a value, rather than as a priority was discussed. Mr.Ram Babu made a point that the tomorrow’s competition would be based on Sustainability scorecard rather than the numbers on the financial balance sheet. The panel discussed more about the vendor development in the supply chain which would be an important aspect for tomorrow’s legal compliances. Dr. Yogesh Patel pointed about a term "INDUSTRIAL ECOLOGY" being a new age tool which has to be embedded into the supply chain for the waste minimization. The panel concluded that bigger is the company's brand, higher is the risk they have to mitigate with respect to EHS as it has to take into the account the entire vendor supply chain for its sustainability.

The topic of the second panel discussion was - "‘Challenges to adoption of EHS” with the members of board as Mr. Lalit Varma, Mr. Sameer Pachpute, Dr. Sunita Purushottam, Mr. S.C. Suneja, Mr. G.S. Kale and moderated by Mr. Sunil Chahure. The Panel's discussion proceeded with the talks on wide scope of topics relating to employee working environment, Environmental footprints of industry and about the problems faced by the worker class in the factory, relating physical pain to psycho-social prospective which has and indirect impact on the productivity and profitability of a company. Mr. Kale pointed out what a Tier 1 or 2 manufacture face problem. He expressed that financial constraints that these small players have is main reason for adopting these standards which has an investment associated with it. Mr Lalith Verma said that it's the mindset which has to be dealt with which automatically helps to overcome initial financial hiccups and attain a long term sustainable goals.

The grand event came to an end with the Vote of thanks by Dr. Suresh Kotla. He thanked each and every sponsor of the event and most importantly wonderful audience from the industry without whose presence the event purpose would not be served. 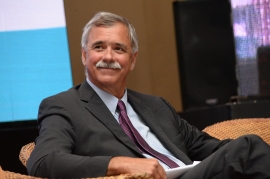 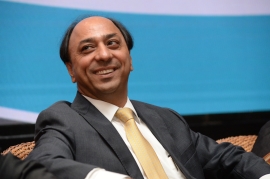 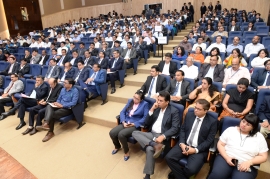 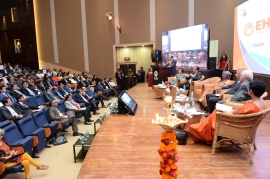 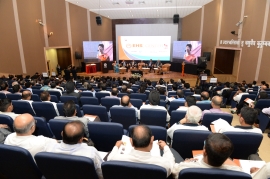 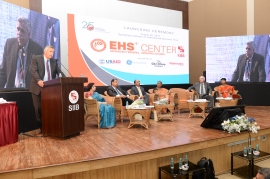 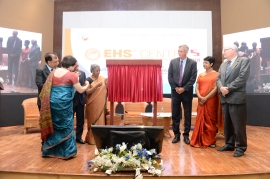 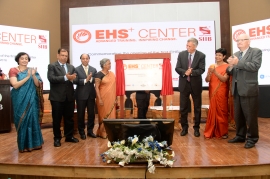 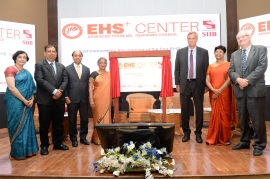 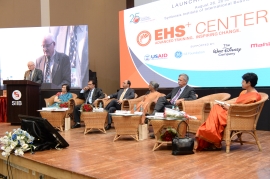