Adapting to the new normal, this year SIIB hosted its first-ever virtual event, E-Conclave which was held on 30th and 31st October 2020 that focused on post-COVID new normal environment. The objective of this Conclave was to bring together collective opinions and get valuable insights from eminent leaders and perspectives for the future to surviving and thriving with the ability to be more robust, swift, and flexible to face future uncertainties and challenges.


Session one on “Future of Work Post Pandemic in Indian Diplomacy”


The session started by welcoming the moderator, guest panel along with Pro-Chancellor, Chancellor, Director, Dy. Director, students all over the country and industry professionals present in the audience. The event started with a short video that captured the essence of the topic and was followed by an introductory note by our Director Dr. Asmita Chitnis. Further, the Pro-Chancellor of SIU, Dr. Vidya Yeravdekar spoke about the future of work during the pandemic, especially how SIIB’s pedagogy embraced the digitalization with the shifting tides which was further corroborated by the Chancellor of SIU, Dr. S.B. Mujumdar. The moderator for the session was Amb. Gautam Bambawale, Former Indian Ambassador to Bhutan, Pakistan and China. He spoke about the remote working trends and how virtual interaction became the new normal by citing PM Modi and his G20 Meeting & SAARC meeting. He also stressed the importance of technology and how it is going to shape lives in the future. The keynote speakers for the event included Amb. Talmiz Ahmad, Former Indian Ambassador to Saudi Arabia, Oman, UAE, and Dr. Jürgen Morhard Consul General of the Federal Republic of Germany in Mumbai.

Amb. Talmiz Ahmad spoke about innovation and highlighted the gap in technology that exists between the developing and developed countries. He mentioned how the supply chain has changed the face of business and its importance was brought to light with the pandemic. He also stated the need for better cyber security with government data which has become more predominant. Further, he spoke about the role of conventional economic diplomacy and how diplomats all across the country have been working during this time of anxiety. He also stressed how communication plays an integral role in diplomacy and further spoke on transnational partnerships. He finally concluded his speech by indicating about the growing popularity of online collaborations and media.

Dr. Jürgen Morhard elaborated on how diplomacy is a broad aspect and how classical diplomacy prevents conflicts. He spoke about the need for bilateral diplomacy and how the pandemic has affected both people and economies. He was of the view that even though the rapid digital adoption continues, but physical representations are something that still needs to happen. Lastly, he talked about the effects on the people on the ground and summed up the entire discussion comprehensively.

The session was later concluded with a thank you note by Dy. Director, Dr. Prakash Rao. 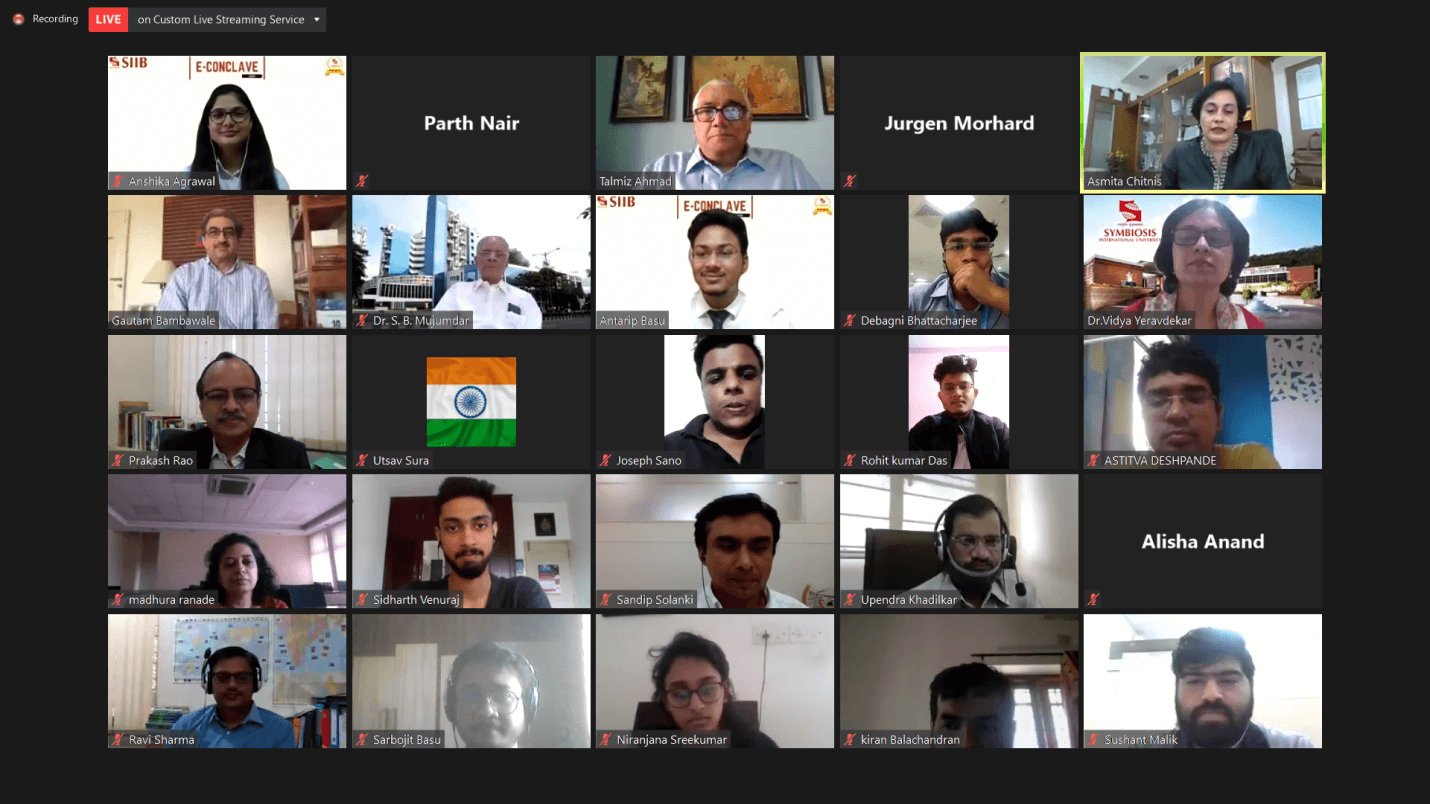 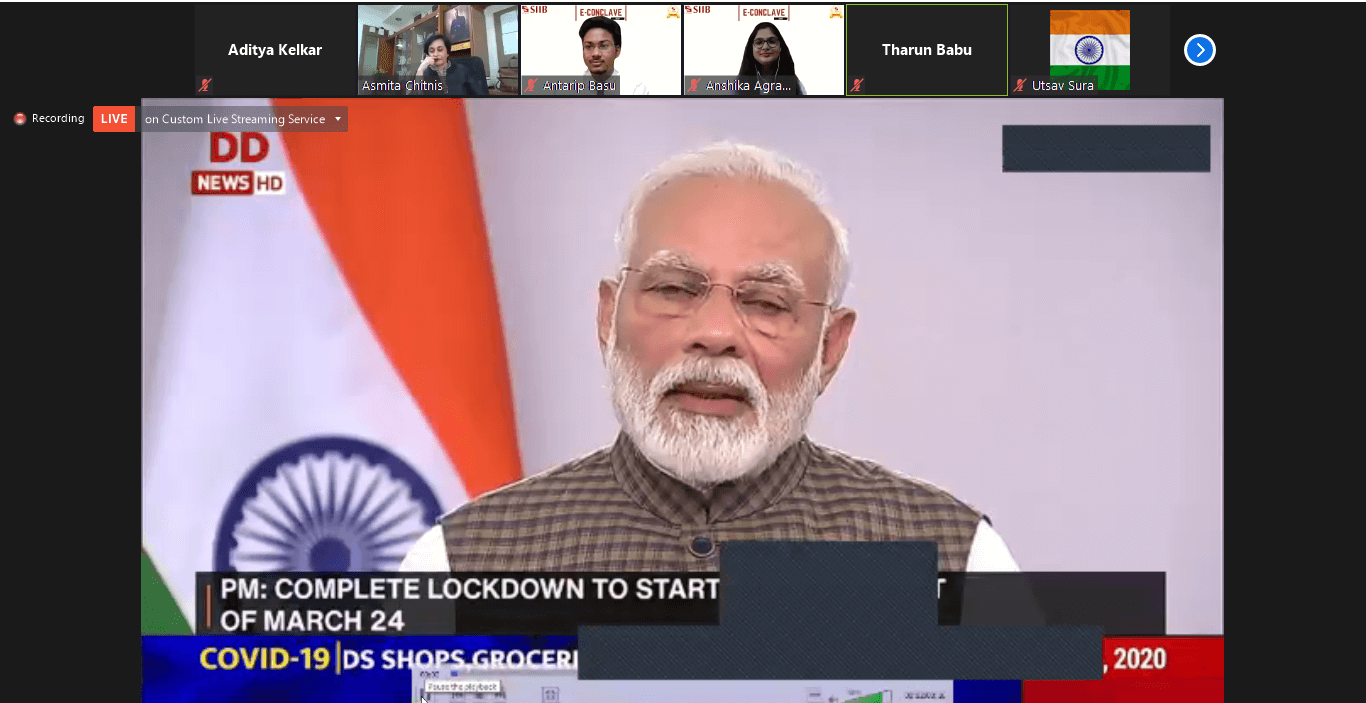 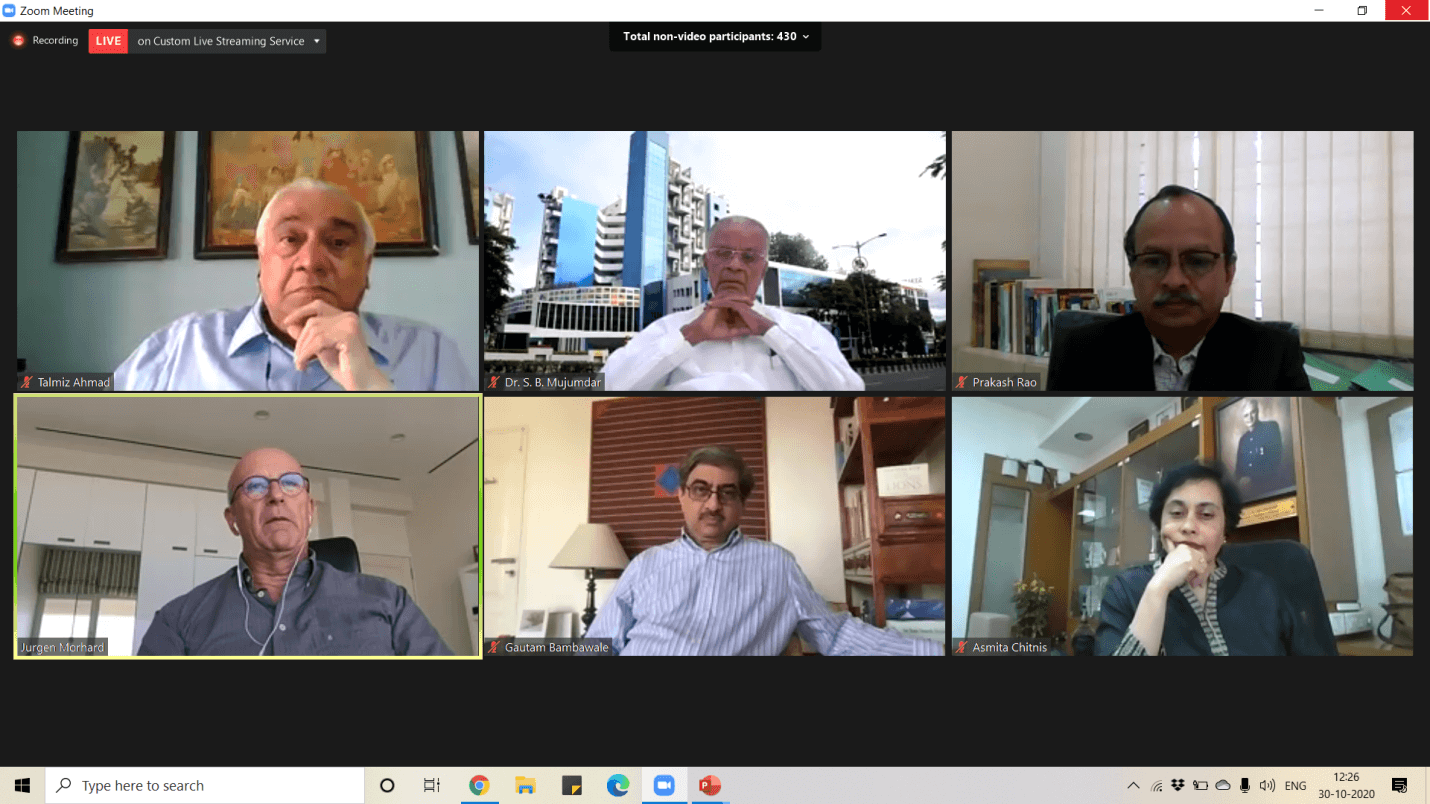 Mr. Vaibhav Pitale spoke about the pandemic and how it can be seen both as a crisis and an opportunity. He then elaborated on how important it is for global leaders to carve a way for the future and have a sense of optimism. He then listed the three major global trends that accelerated in this situation and the need to upgrade when the market eventually reopens.

An alumnus of SIIB, Mr. Ashish Chhabra addressed by quoting President John F. Kennedy’s famous words, “The word Crisis is composed of two characters, one represents danger and other represents opportunity.” He touched upon how with digitalization, a lot of businesses across various sectors will get outdated, and new skills are required to meet the new demands. Further, he elaborated on how virtual environments, reception of social and emotional cues and communication becomes much more difficult. He also stressed on how working from home may affect productivity, and one needs to be adaptable, inquisitive, flexible and fluid to match what the world demands in the future.

Mr. Jivesh Govil spoke about digital transformation and automation touching all sectors and how this will affect us only in positive ways; be it income, business or skill set. He then touched upon the importance of having the correct mindset towards change, focusing on developing skills that are least susceptible to automation and figuring out how one can contribute to the entire process.

Dr. Abhay Sinha touched upon how initially, it seemed the pandemic was not all that bad, and the climate hit a reset. He raised an important question on whether we have enough resources to take virtual education to the rural sector or will it be confined to urban areas only. He then pointed out that even though tourism and film industries were hit hard by the pandemic, the service sector is 92% as compared to the previous year, and has emerged as one of the most resilient sectors. Lastly, he touched upon how language barriers and time zone management has become a challenge in today’s world. Physical seminars have been replaced with virtual ones, and even though they cannot take place of the traditional ones, this is the best way to meet the demands of the current times.

The session was concluded with a thank you note by Dr. Sandeep Solanki and the launch of the “Catalyst” magazine by Markadiction, the Marketing club. 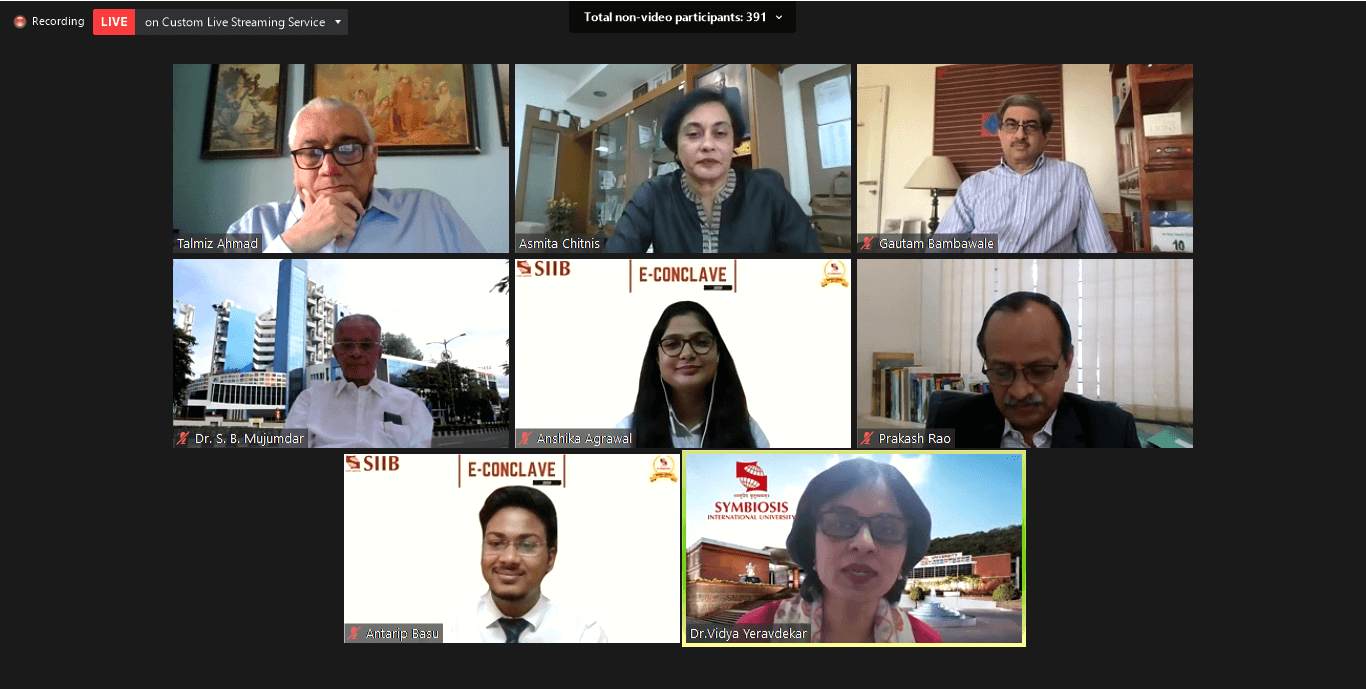